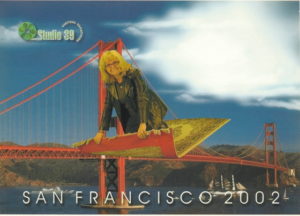 Greece may well have been the cradle of women liberation, the existence of matriarchal societies, like the one described on my previous article about the “The amazing female drawings of Acrotiri. A female perspective”, matrilineal societies like the Mycenaean and Minoan and even after the patriarchal takeover there were numerous valiant liberated women. Some of these were warriors, scientist, poets, teachers and the like. In the past two hundred years there have been many more Greek women that fought for equal rights; and yet after the entire struggle through the millennia women in Greece do not have total equal rights to this day.

Women Rights are a big issue all over the world, yes we have come a long way in some countries, a short way in some others (Greece belongs to this category) and backwards in others (Iran is a primary example).  However, even in the most modernized and supposedly democratic countries we are truly far from having 100% equal rights. We may have it on paper but real life is altogether another story. The great majority of women in the world do not have equal rights! This is a fact not a supposition! Why and how this abuse of the most sensible and sensitive arose? We can only speculate to this effect.

I believe that in order to understand the present we must look at the past, as far as we can trace it. Most of the written evidence is post patriarchal; many ancient poets and historians were misogynistic in nature, thereby, their point of view must be screened carefully; we must examine the issues from a psychological point of view.

A great example of the Patriarchal damage to womanhood, women rights and feminism can be found in the example of “Aganiki”.  This woman who was known as Aglaonikh as well was the daughter of Igitora (The queen of Thessalia’s personal body guard), she was born and raised in the late pre-patriarchal period and died when the patriarch had already been established in Athens.  Aganiki became famous in pre-patriarchal times for her incredible knowledge of astronomy as well as her mystic and clairvoyant powers.  Among her many abilities she was able to predict with precision the occurrence of lunar eclipses.  Her fame and good fortune became minimized with the passing of years and the full ascension of the Patriarchy. Consequently, Aglaoniki became the target of ironic tales and that was unbearable to her. According to patriarchal legend the Gods in turn became indignant towards her.  There it goes, the reputation of a brilliant and highly intelligent woman was destroyed and the works of this pioneer of women’s rights and liberation was obliterated.

The first woman engaged in athletics was Atalanti, she was the daughter of Kleomeni and Sxoinea and was born in the late pre-patriarchal era, grew in beauty and athletic prowess and was sought after numerous suitors;  one day she stated that she would marry the man that would be able to beat her in running. Of course nobody could beat her, she was the best!! Finally one day Ippomenis, son of Megarea, fell madly in love with her and was able to win the race, how did he do it?  According to legend Aftrodith gave him three golden apples and as he was running he was dropping them, Atalanth would stop her run and eat the apple certain of her running powers she had no fear to lose, and yet Ippomenis won the race. Ironic it reminds me of Aesop’s tale of the turtle and the hare…. The author of the book “Arxaies Gynaikes” (Ancient Women) Xrhstos Tsoukas (my first cousin) correctly interprets the symbolism of this story as the “fraudulent tricks” used by the upcoming Patriarchy and newly forming perception.

The was a priestess, named Elenh (Helen), of the Eleusinian Mysteries at the temple of Dimitra, she is credited to writing about the “Trojan War” prior to Homer’s Iliad, (the first well known poet of the Patriarch) and yet very little is known about her.  A woman’s work suppressed so that a man’s work will be lauded for eons to come!!! How convenient!!!

The name Helen per se is a symbol of pre-historic matriarchy; in pre-historic times began the cult to the moon (Selhnh) from there it was derived the name Selana, to Xelena to Helana and ending as Helenh (Helen). It is not a coincidence that in pre-Homeric times the principal cause of the wars between nations represent that the female form and soul was prevalent. Helenh’s historic placement is limited and symbolizes the end of Matriarchy and the onset of Patriarchy.

Women’s role in society began to decline exponentially; nevertheless, the female spirit survived throughout a few outstanding women arose regardless of the patriarchal environment.

“Teaching a woman to read and write? What a terrible thing to do! Like feeding a vile snake on more poison.“

Philosophers and authors held a similar point of view. Most Athenian patriarchs felt in similar ways.

We have come a long way since the days of yore, yet in many parts of todays world women are still treated as second class citizens, suffer abuse at the hand of their husbands, boyfriends, fathers, etc. Moreover, since the patriarchal era women in general have had to learn to be sneaky (in a good way) in order to survive and make a life for themselves.

Many modern men claim that they love independent women, but the moment they become their partners in life things change!! Moreover, if the woman is successful, famous and/or earns higher wages then the male in question feels emasculated. …. Males do not want to be known as “Jane Doe’s husband/partner” they want her to be referred to as “John Doe’s wife/partner”.  Personal experience heheheheh!!

I will never forget something that in some way I was part of it in 1973; I had a boyfriend called Angel M, he was Argentinian Greek, that was a difficult time in my life because I had been hurt by men so I was in revenge mode and unfortunately I hurt him badly. About 20 years had passed and I was attending a Latin American event in Toronto and suddenly I come face to face with Angel; we greeted each other and I first apologized for hurting him in the past and then asked him how was he, married kids etc., He replied that he went back to Argentina and his father advised him never to marry a beautiful and educated woman, for a wife he needed to find an ugly one hopefully with low self esteem.  Guess what? He did marry a very ugly woman and had 4 children.  Moral of the story:

I could go on and on with different stories, but this is enough food for thought!! 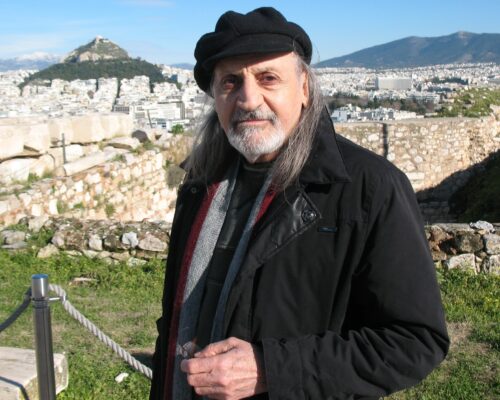 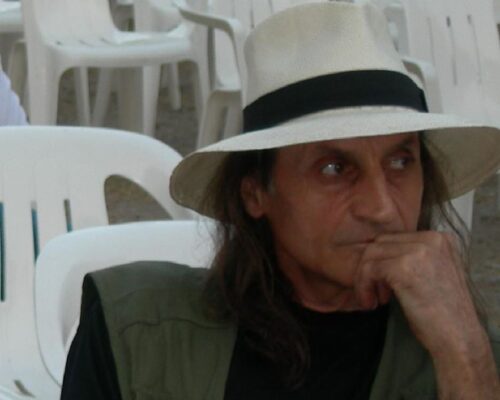 Giorgos Bilikas – My Multitalented Friend        Written by Bianca Ghikas Toronto June 24, 2020   I have known Giorgos Bilikas since 1990, he was and still is my first cousin Xrhstos Tsoukas close friend and collaborating artist, they compose […] 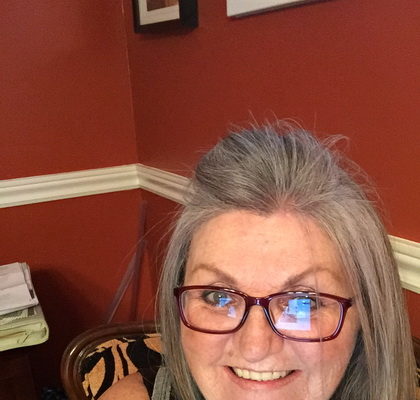 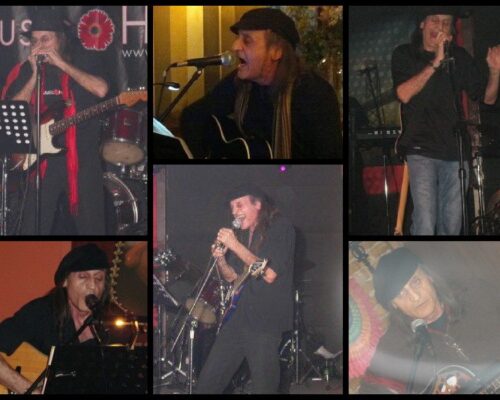 George Bilikas and his Band “Tharsein Xrei” The name of the band derives from Ancient Greek and it means “Courage is Needed” “Geraldin” one of Georges favorite ballads recorded  in 1974 and was republished in 2004, this particular song became quite famous […] 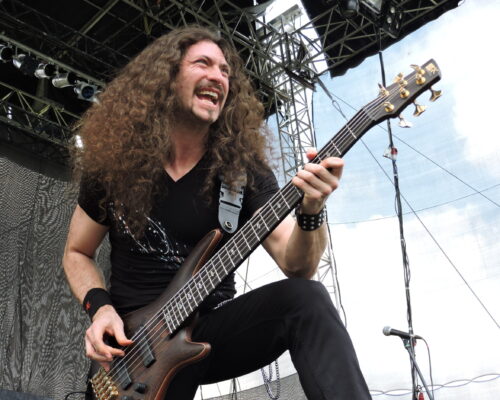 Mauricio Nader Written by Bianca Ghikas June 23, 2020     The first time I heard of Mauricio was on Facebook, I saw a video clip and loved the  music of this highly talented young man; for the ones of you that […] 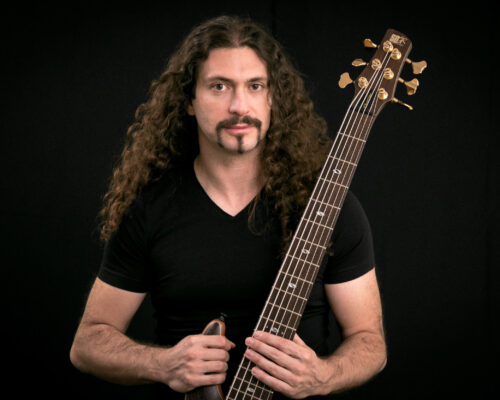 Mauricio Nader     An article about this extremely talented musician is in the works, I shall be publishing it soon, in the mean time enjoy his music regards Bianca 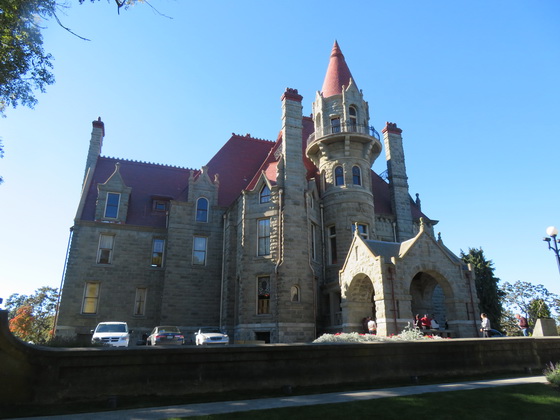 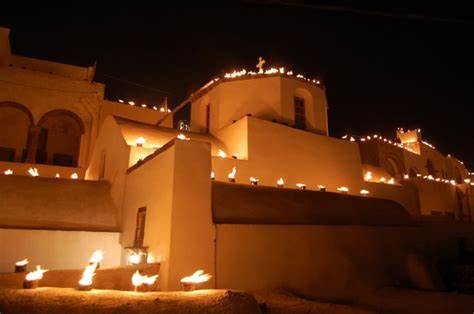