Bianca is an interesting character; she is multifaceted,  pluripotential and truly enjoys creating.

Bianca speaks fluently five languages and manages well on another one, lmao

Bianca graduated from Trent University in Peterborough ON in 1986 with a degree in Biology and specialized by special permission in embryology at the University of Toronto. She had enrolled in her graduate studies at the University of Toronto, unfortunately, she had to sever her studies due to financial difficulties.  Interesting enough the day she run out of her experiment’s presentation and decided to quit her studies, as she walked down the stairs and arrived at George Street across from the Robarts Library, a guy stopped her and asked her if she was recently divorced with two children, Bianca looked at him with  disbelief , he said: “Do not worry I just need to give you this book,”  and he left … Bianca was puzzled, she bought the Toronto Star (a newspaper) with the aim to look for a job, she found this 10 x 10 cm ad that said “If you possess a belly laugh and a strong stomach, I have the job for you” so Bianca circled it and decided to call when she would get home.  She took the subway to Pape Station , sat down and opened the book “The Greatest Miracle” by O.G. Mandino. mmmm she thought and as it is customary to her she decided to go to the back pages … mmm again !! Mandino had written “The Greatest Salesman of The World”.  Lo and behold when she arrived home and call the add she found out it was real estate sales.!!  I will go into further details in a short story one of this days, suffice to say that Bianca got her license in 3 weeks and begun a very successful Real Estate Sales career that spanned over 23 years.

Bianca has travelled extensively, her childhood and teen years were spent all over Greece, Italy and most of South and Central America due to her father’s profession, he was a Civil Eng., Arriving in Toronto Canada as a holiday on April 23 1970, what was supposed to be an epic experience ended up with her father dying On June 1, 1970.  After the death of her father life was difficult, however through divine intervention (a story for her book in writing at present) they were given permanent residence in Canada, which it turned out to be a blessing because both Bianca and her sister immediately found great jobs, studied at night and got successfully ahead in life in a very short time and built awesome families. 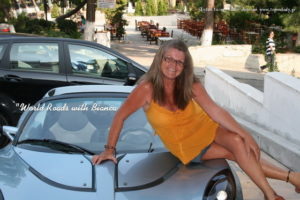 Bianca produced and hosted two radio shows, The highly successful show s “Siempre en Domingo con Bianca” aired live in Spanish on CIRV in Toronto, for 4 years in a row 2001 to 2005. and “World Roads with Bianca” sired live and on the internet in English and Greek on TopMelody station in Santorini , Greece for about 4 years from 2009 to 2013 .

Bianca produced and Hosted a Latin Music Festival with the participation of 400 hundred artist in 2002, incredible performance by all the performers including acclaimed bassist Jorge Campos Astorga from Chile. The event was held at the court house, an awesome bar and  restaurant in Toronto at the time.  a gallery of photos of that event will be posted.

Bianca’s interests have shifted from the sciences to archeology, ancient civilizations and ancient religions, thereby she always tries to visit archaeological sites in her travels.

Bianca plays guitar, some piano and enjoys drawing especially portraits, there will be a gallery of her accomplishments here. 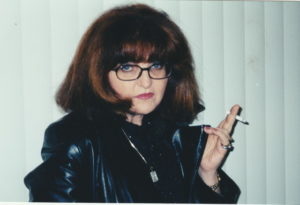